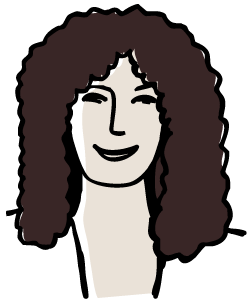 A few years ago, I started collecting jewelry, and it has been really fun to watch my little collection grow. I started with a piece that my grandmother gave me, and then gradually began adding a thing here or there as I came across interesting items at thrift stores. It has been so amazing to wear different pieces that have so much history, and I absolutely love the stories behind each item that I have. This blog is all about adding interesting pieces of jewelry that will really help your look to stand out, and taking care of the items that are precious to you.

If you're looking at ways to turn coin collecting into an investment that could net you some bucks later on, one path you may be considering is copper pennies. Older pennies are made of mostly copper, and the increasing price of copper has led to a niche collector's market. People have been saving these older pennies in the hopes that one day they'll be able to capitalize on the higher scrap metal prices. However, this is a more difficult form of speculation than many realize. Here's a look at whether saving copper pennies is worth it.

On one hand, saving copper pennies is relatively easy and painless. Sort through the change you get, take out all the ones dated 1981 and earlier, and toss them somewhere safe. Take all of the pennies dated 1982 and weigh each one on a scale that measures grams; that was the year penny composition switched from mostly copper to mostly zinc. Copper 1982 pennies weigh 3.11 grams, and zinc 1982 pennies weigh 2.5 grams. Place the copper 1982 pennies with the other copper pennies.

And that's it. There's no luck involved like there is in stumbling across very rare coins -- you just need some pocket change. Then you just wait for copper prices to increase -- and for the penny to no longer be a legitimate coin.

The main problem with saving copper pennies is that it's illegal to melt U.S. coins and sell the scrap value. This law was enacted in 2006 when people were hoarding so many pennies and nickels for the scrap metal value that the U.S. Mint feared there would be shortages. If this law is ever changed, or if the penny is taken out of circulation, then selling the pennies for copper scrap value would become legal. However, there is no widespread popular movement yet to eliminate the penny. Of course, that could always change, but there's no guarantee.

One other issue is that, if it becomes legal to sell pennies for their copper value, the copper market is going to be flooded. There are some people who take penny hoarding very seriously, keeping boxes and boxes of the pennies around. The sudden influx of copper could make prices fall, and you might have to wait even longer in order to sell the pennies for a price acceptable to you.

A better tactic may be to look at coin-seller stocks for relatively rare coins like Indian head pennies. The prices for those rely on collector needs, rather than on a law possibly being changed. If you're interested in finding coins like this, buy indian head cent online.